Earlier this year, Eisner Award-nominated publisher Fanbase Press launched its first foray into Graphic Medicine with Ripple Effects, a five-issue comic book series which explores life as a superhero with an invisible illness, specifically type 1 diabetes.  The series was inspired by creator/writer/colorist Jordan Hart's lived experience with an invisible and incurable blood-clotting disease called thrombophilia.  As November is National Diabetes Month, Hart and the team at Fanbase Press wish to join physicians, educators, advocates, patients, and their loved ones in raising awareness for diabetes and other invisible illnesses.  Throughout the month (and to coincide with the release of the Ripple Effects printed edition on November 15), Fanbase Press will be sharing interviews with individuals impacted by diabetes and educators who share stories about diabetes in their classroom to advance empathy and understanding.  In addition, Jordan Hart will be signing copies of Ripple Effects at Hi De Ho Comics in Santa Monica on Saturday, November 19, with a portion of the proceeds going to benefit the American Diabetes Association. 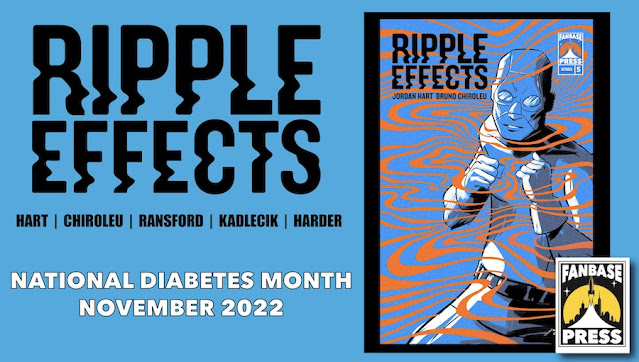 This month, Fanbase Press will feature the following events and content to honor National Diabetes Month:

Organizations like the American Diabetes Association and the National Institute of Diabetes and Digestive and Kidney Diseases (NIDDK) advance the understanding, prevention, diagnosis, and treatment of conditions related to diabetes.  There are opportunities to get involved directly and/or to donate to their efforts, and we encourage you to learn more about their incredible efforts. 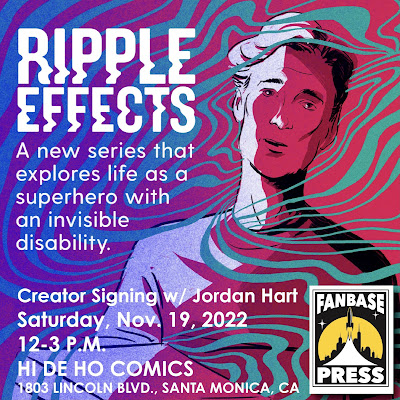 SYNOPSIS:
In a world that is no stranger to superheroes, George Gibson is invulnerable to physical harm but fights every day to stay alive. Suffering from an acute case of type 1 diabetes, his invincibility is offset by a defective pancreas that must be monitored and treated daily. This incurable disease makes George's body both his greatest strength and his eternal weakness.

What sets this series apart is a positive, person-first representation about life with an invisible illness . . . which just so happens to also include superhuman abilities. But, Ripple Effects isn't just a story about a character with an incurable disease. It’s also a thrilling and relevant superhero tale that touches on the difficulty of finding a work/life balance, the class struggles and economic inequality experienced by many in our nation, and the desire to help others during trying times.

"When I was first diagnosed with thrombophilia, I struggled with deep feelings of isolation," notes Ripple Effects creator Jordan Hart. "But talking with other chronically ill people gave me the support I needed to realize I wasn’t alone. I created Ripple Effects to remind anyone living with an invisible illness — and their loved ones — that there’s a whole community that’s here for you."

For Ripple Effects, in an effort to help readers better empathize with and understand the difficulties of navigating invisible illnesses, every issue of the series features an "Unseen Ripples" essay series written by individuals with invisible disabilities who relate Ripple Effects' events to their own lived experience, ranging in topic from paranoid schizophrenia to thrombophilia.

The "Unseen Ripples" essay series includes a powerhouse lineup of contributors who were generous in sharing not only their time, but their very personal journeys with invisible disabilities and illnesses, including multiple sclerosis, type 2 diabetes, paranoid schizophrenia, Myalgic encephalomyelitis/chronic fatigue syndrome (ME/CFS), and thrombophilia: 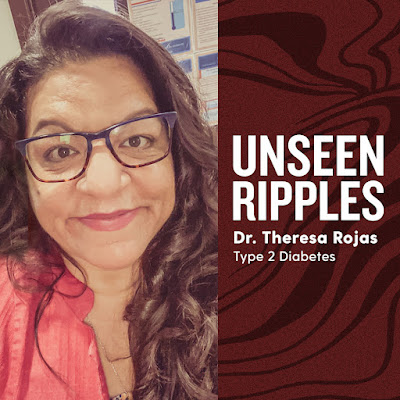 Issues #1-5 of the comic book series have been released digitally through Hoopla Digital. In addition, the series will be collected into a printed trade paperback (currently available for pre-order) and release on Tuesday, November 15.  The collected digital edition will be available through Hoopla, Comics Plus, and Kindle on Wednesday, November 16.

For more information on Ripple Effects, please visit www.RippleEffectsComic.com or www.fanbasepress.com. Ripple Effects may also be found on Facebook and Twitter, @RippleFXComic. 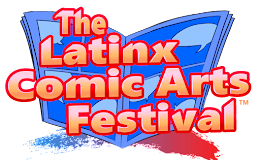